You Gotta Fight For Your Right, Pt. 1 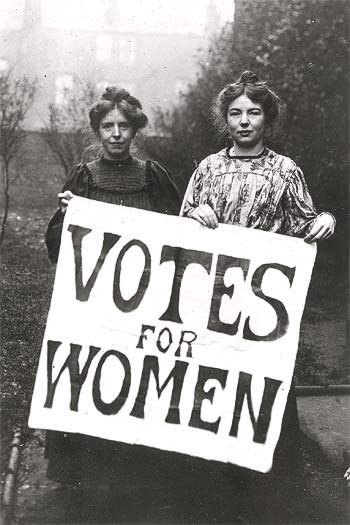 We're all familiar with the plight of women in early American history. It was the fight to be seen as equals- to vote, to earn a fair wage, to pursue a career. But what about those small battles? What about the ones we don't even think of that had to be fought by some outstanding woman so that we can have the simple freedoms we women have today? Freedoms like the right to wear pants...
The following article was published in August, 1966 by Enid Nemy in the The New York Times:
NEW YORK- Pants, tailored or formal, and the women in them, are being greeted with less than enthusiasm by the men who run many of New York's leading hotels and restaurants.
"It's easier to get into some places in lingerie," say some of the women who have tried both. "I've taken to calling restaurants to see if I'm allowed in," says Mrs. Nora Jaffe, an abstract painter who believes she looks better in slacks than she does in most dresses. "I've been turned away from several places, but I'm not discouraged."
Mrs. Jaffe, a tall and slender brunette, has no such problems when she wears a $35 pink chiffon nightgown.
"I've worn it to several openings and its been taken for a Gres design," she says of her double layered nightgown that drapes to resemble a toga.
Giving Them the Slip
Eileen Ford, who together with her husband operates the Ford Model Agency, tells of going to the Golden Door at Kennedy International Airport with a model en route to Mexico.
"She was wearing a pin-striped pants suit in white flannel- really beautifully tailored," Mrs. Ford said. "They refused to allow her in so we went to the powder room and I gave her my black paisley half-slip, trimmed with lace and bows. She put it on as a skirt. It was the funniest sight you've ever seen, but we got into the restaurant."
Anthony Nardin, general manager of the Golden Door, says his policy of "no pants" is prompted largely by women guests who object to them. "If a woman wearing slacks is on a delayed flight and comes in with the crew from the airline, we have no way to bar her. But usually a group like that is put in a seperate room anyway," he adds.
A Matter of Respect

Thomas Clinton, assistant manager of the Plaza Hotel, says "Pants are pants, and if women wear them they'll be asked to leave."

"It doesn't matter what shape or form they take," he adds. "If we admitted one, we couldn't refuse others."

"We have a flat policy against them," says James Van Bortel, manager of the Top of the Sixes.

Mrs. Theodore Kwoh, the owner of the Mandarin East, believes it is a matter of respect for the restaurant. "You wouldn't wear slacks to a restaurant you respected," she says. "You have to draw the line somewhere- we might allow them in downstairs or late at night, but it's an exception."

Some restaurants disapprove in principle rather than in practice. "We  usually don't permit them, but all rules are made to be broken," is the opinion of Dee Lawrence, manager of the 54th Street branch of P.J. Moriarty. "If the restaurant isn't too busy, we'll put them in the corner, but 99 percent of the men who lunch here really don't like seeing women in pants."

"Evening pants are excepted anywhere," says Stuart Levin, director of the Four Seasons. "There's a difference between pants-pants and the feminine look."

Charles T. Carey. manager of the St. Regis-Sheraton, offers a similar viewpoint: "Formalized evening pants designed for parties are perfectly acceptable, but I'd have to look them over. We expect men to wear ties and jackets and women to be properly dressed."

One of the most receptive to the vogues and vagaries of fashion is Charles Masson, the owner of La Grenouille. a temple of fashionable dining. "I'm open-minded about the fashions of the times," he says, "but fashion is one thing and laissez-faire is another.

"I will not permit slacks, but if a woman wears a well-made pants suit and they fit her personality, that is good taste. Exhibitionism is something else."

Posted by Hannah {Culture Connoisseur} at 11:40 AM