My husband is one of the nicest guys you'll ever meet, and I'm not just saying that because he's my husband. I remember one of the first times we met at church, he had picked up a ton of Chick-Fil-A sandwiches from where he worked and we packed ourselves in a car to go find homeless people in need of food. There we were, surrounded by mutual friends, barely introduced, and consumed by the smell of fresh chicken. It started to pour and I remember stopping at an abandoned gas station where an old man was sitting, getting soaked. John grabbed his umbrella went sprinting toward the man, leaving him with both a sandwich and his umbrella so he didn't have to sit in the rain.

As he ran back to the car I thought to myself, "now that is one hunk of a man."

I say this to prove that John's intentions and dealings with people are always pure. He's got a heart the size of Texas, people! 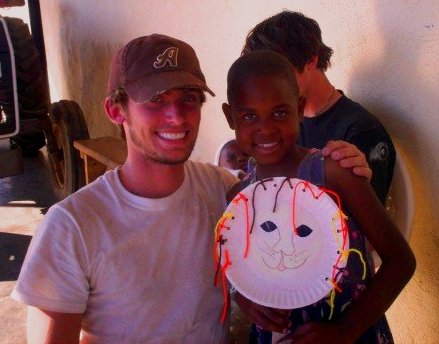 Fast forward to two weeks ago, I get a call at my office mid-morning with a panicked husband at the other end of the line. Boy did he have one hilarious story to tell...

We live in a pretty decent area, but just a block east of us is...well, let's just say I don't walk around by myself at night.  John was leaving the house around 8:00 a.m., as usual, when a homeless woman stopped him at the entrance to our complex and asked him for money. He politely declined, not feeling comfortable doing so as she seemed pretty heavily sedated by substance use. She asked if he would at least be willing to give her a ride to the next block and, his conscience now heavy-laden with the guilt of pushing her aside, he agreed to do so.

So she plopped into the passenger side of his tiny silver Miata and they started down the street...one eye on her at all times as she didn't seem to be in her right mind and was lacking judgement. She continued to ask for money and would point at ATMs here and there saying, "look, you could just get a little cash for me right there!"

With John refusing to offer a hand out the woman now proceeded to solicit John for sex. For a fee, she could perform any number of services for him and then be on her way...fiddle-dee-dee. John, now absolutely mortified that he had picked up an opportunist hooker and offended that someone would offer to perform such things for a fee sternly explained that "no, he would not like a blow job" and that "he was married, very happily married, and not interested in such things from strangers...or even other people he knows that are not married to him." (Good man, see?)

Thankfully the corner (red flag...) where she needed to stop wasn't far and he was able to escape with little more than a shell-shocked psyche and one too many unpleasant mental images, feeling dirty the rest of the day.

And that, my friends, is the story of how my husband- eager to help and offer good will- accidentally picked up a prostitute. 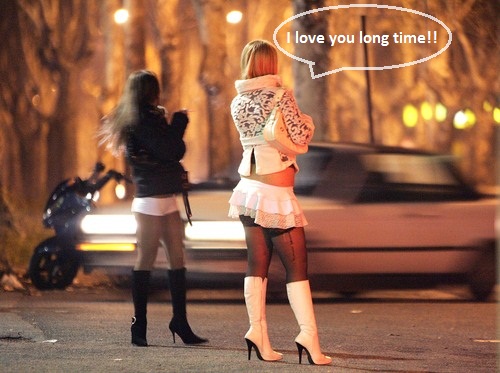 Posted by Hannah {Culture Connoisseur} at 9:07 AM